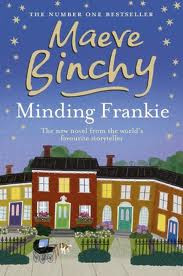 When Noel learns that his terminally ill former flame is pregnant with his child, he agrees to take guardianship of the baby girl once she’s born. But as a single father battling demons of his own, Noel can’t do it alone.

Fortunately, he has a competent, caring network of friends, family and neighbors: Lisa, his unlucky-in-love classmate, who moves in with him to help him care for little Frankie around the clock; his American cousin, Emily, always there with a pep talk; the newly retired Dr. Hat, with more time on his hands than he knows what to do with; Dr. Declan and Fiona and their baby son, Frankie’s first friend; and many eager babysitters, including old friends Signora and Aidan and Frankie’s doting grandparents, Josie and Charles.

But not everyone is pleased with the unconventional arrangement, especially a nosy social worker, Moira, who is convinced that Frankie would be better off in a foster home. Now it’s up to Noel to persuade her that everyone in town has something special to offer when it comes to minding Frankie.

One of the first “chick lit” books I ever read was by Maeve Binchy and it was passed to me by my grandmother when I was probably in my early teens.  Maeve Binchy for me is warm and familiar and feels like coming home and her latest novel is no exception.

I don’t have anything critical to say about Binchy’s writing and always relate in some way to many of her characters.  Her novels lately have included a multitude of personalities who relate to each other either completely or with delicately flimsy ties and these relationships not only thread their way through one novel but a character from one can be picked up again in another novel.  Sounds confusing but her writing doesn’t allow you to be confused in any way.  Each novel is able to stand alone but if you are a fan of Binchy there is the possibility that someone you liked in a previous book will pop up again in another.

I loved this novel and appreciated that she didn’t give us a predictable ending for baby Frankie and that Frankie’s father doesn’t fall for an obvious choice.