A Promise of SafeKeeping by Lisa Dale - Samantha March Review Please welcome Samantha March, author of Destined to Fail, who has dropped by to share on of her recent favourite reads, A Promise of Safekeeping by Lisa Dale.


First the synopsis of A Promise of Safekeeping:

Nine years ago, Lauren Matthews prosecuted the case of a lifetime. But her error in judgment sent an innocent man to prison for a long time. Now Arlen Fieldstone has finally been released, and Lauren has only one thing on her mind: asking forgiveness. How can she make up for nine years of his life?

To get to Arlen, Lauren must first get through Arlen's best friend, Will Farris. Will hasn't forgotten Lauren from those days, and he hasn't forgiven her for destroying his best friend's life. He is Arlen's keeper, protecting him from suspicious neighbors as well as from Lauren.

In the steaming summer streets of Richmond, Virginia, three people's lives collide. Lauren needs forgiveness. Arlen needs hope. And Will? He needs something too, something that no one can know-especially not Lauren...


A Promise of Safekeeping by Lisa Dale is an eye-opening tale of redemption, a beautiful story filled with hope that will tug at heartstrings. Lauren Matthews was a fresh-paced young woman just starting her career when she got thrown on the case of a lifetime. Using her skill of “people-reading” to help lock up the case, she was the victor – and an innocent man went to jail because of her error. Arlen is now released from prison after nine years behind bars for a murder he did not commit, and Lauren seeks him out, hoping for forgiveness. She runs into his friend Will, about the only friend Arlen has left upon his release. In her quest for Arlen’s forgiveness, an unexpected friendship is formed between the person who helped Arlen go to his prison and his childhood friend.

I thought A Promise of Safekeeping was a fascinating story, and one that I could not put down. It’s impossible not to feel incredibly sad for Arlen, a man who was simply in the wrong place at the wrong time, and a legal case that got hurried along to be “solved.” It was interesting to watch how Lauren felt and how she tried to take action to make up for a past mistake. Will’s character was loyal to Arlen yet struggled with his feelings for Lauren, and he also had a secret that he was keeping hidden from everyone – family included. The story moved at a quick-enough pace for me, not real fast but it didn’t drag along, and the ending – oh the ending. No spoilers, but the ending bumped this up from a 4 to a 5 star review. One to read! 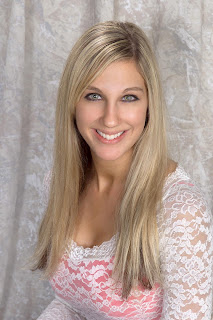 Samantha March fell in love with books at a young age. Thanks to her mother and grandmother, both avid readers, Samantha followed in their footsteps. Field trips to the library highlighted her week, and she went on to do volunteer work at her local library while in middle school. Her early works closely resembled characters from The Baby-Sitters Club and Mary-Kate and Ashley Olsen movies.

In high school, Samantha excelled in writing courses and even the mundane tasks of writing history papers. A slew of real work wake-up calls caused Samantha to shelve her dream of becoming an author. She took what she considered the practical route and enrolled in a business college in Des Moines, Iowa, where she graduated with honors in 2009. But her thoughts of writing never dissolved. In October of 2009, Samantha started the book blog ChickLitPlus.com. From her small blog, Samantha meant fellow readers and writers who pushed her to continue her goal of becoming published.

Destined to Fail is the debut novel from Samantha March, and was published by Marching Ink in October 2011. Samantha currently lives in West Des Moines, IA with her fiance and jumbled cast of friends who help inspire her writing. Besides reading, writing, and ChickLitPlus responsibilities, Samantha enjoys sports- especially the Green Bay Packers and Chicago Cubs- and will never refuse ice cream.

Read the Novel Escapes review of A Promise of Safekeeping by Lisa Dale.