In The Mirror by Kaira Rouda 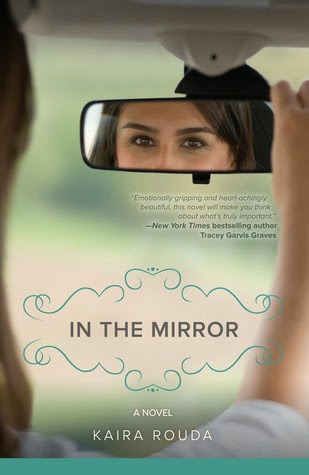 Jennifer Benson has it all: a successful career, a perfect husband, two kids and abundant friendships. The only problem is she may be dying. IN THE MIRROR is the realistic love story about a woman facing a deadly illness, and her loves past and present. It's a story that unfolds with a delightful blend of humor and poignancy, ringing true in the heart of anyone who has ignored a warning of her own.

I hate to give In the Mirror such a low rating as I have loved Kaira's writing before but I really felt like it was not a realistic portrayal of someone fighting for their life against cancer. Unfortunately I have personal experience with this terrible disease and I just found the main character, Jennifer, to be preoccupied with things that truly didn't matter and in my mind, wouldn't if you were really worried about dying.

I also did not buy the character's reserves of energy despite being in the middle of treatments. She would have endless amounts of energy when she was seeing her ex-boyfriend but would be listless and exhausted when her own very young children were around? I just cannot see that as being a normal reaction when my own daughter matters more to me than anyone or anything else and I can only imagine a situation like this would just make that feeling much more intense.

The story was a good idea - I just feel like it was not very well executed especially the way that the marital relationship was resolved and the forgiveness that occurred as well as Sara's extremely speedy remission and return home. Sad to say that I had higher hopes for a book that would be truer to what I know.

Thank you to Real You Publishing for our review copy.  All opinions are our own.