Would You Rather... with Janey Fraser

Please welcome Janey Fraser, author of After the Honeymoon, Happy Families, The Au Pair and The Playgroup.

JANEY FRASER  is a journalist and novelist. She attended North London Collegiate School and then  read English at Reading University before joining the Thomson Graduate Trainee Scheme as a journalist. Janey then went onto writer for Drapers Record, Parents and Woman’s Own magazine before turning freelance after the birth of her first child. For the next twenty five years, she contributed to numerous national publications including The Times, Good Housekeeping and Woman & Home. She was also a regular columnist for Woman and The Daily Telegraph. 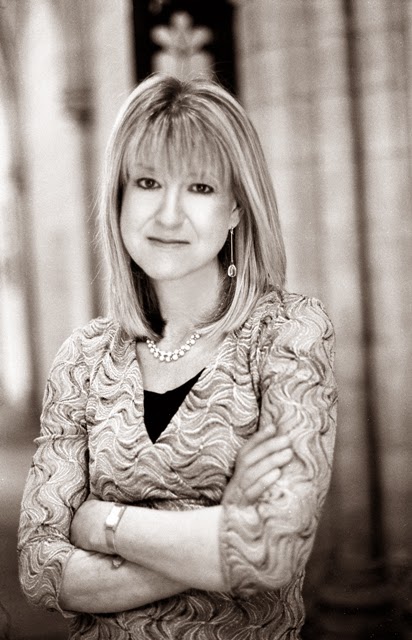 As Sophie King, she had five novels published by  Hodder & Stoughton, including The Wedding Party which was shortlisted for Love Story of the Year in 2010. She now writes  as Janey Fraser for Arrow (Random House).  Titles so far have included The Playgroup, The Au Pair, Happy Families and her new novel After The Honeymoon.

Fay Weldon has described her novels as ’unputdownable’. Her novels have won various prizes including the Elizabeth Goudge Short Story Trophy in 2005. She was also a runner up in the  Harry Bowling Prize.

In addition, she has had hundreds of short stories published in magazines such as Woman’s Weekly and My Weekly. She also gives regular talks/workshops at bookshops and literary festivals including Winchester and Guildford.  Until her recent move to Devon, she tutored at Oxford University and West Herts College. For three years, she was writer in residence at HMP Grendon, a high-security male prison where she helped lifers to write their life stories as well as poems, novels and short stories. Janey also invited in fellow writers such as Colin Dexter to give talks to prisoners.

Would You Rather... with Janey Fraser


Cheese. Since moving to Devon, I’ve discovered all kinds of different cheeses. My favourite is nettle. There’s nothing nicer than cheese and crispbread on the beach while playing with the dog. Then again, I’m not averse to the odd chocolate ice cream.....

It’s got to be Carrie because I was a full-time journalist before I became a novelist. I identify with that enthusiasm that can get you into trouble sometimes! In fact, my newish husband bears a certain similarity to Mr Big (even though he’s blondish).

This is going to sound SO boring. I had to have an op a few years ago and found, to my horror, that the anaesthetic changed my taste buds. Alcohol now tastes metallic so I drink lots of water and elderflower instead. The children think it’s hilarious and tell everyone that I don’t drink because I’m a reformed alcoholic. Not true. But I used to be a Bombay Sapphire girl on Friday nights.

Camping? Are you kidding? I was a lousy Girl Guide and an thankful, every day of my life, that no one can make me go under canvas again. Five star spa please.

Water. I’ve always been drawn to the sea, despite being brought up near Harrow. When I got married again, my husband said he wanted to live in Devon. ‘Where’s that?’ I asked. (Only half-joking. ‘By the sea,’ she replied. Done.

I’m allergic to both  ever since I had to hide behind the sofa at the age of five when I saw a scary Tom & Jerry cartoon featuring a ghost.

My dog goes everywhere with me. In fact, he’s sleeping on the sofa behind me as we write. But I love cats too.  Unfortunately, my newish husband isn’t so keen on the feline breed. So it’s just Dog Are Us at the moment – until I can get him to change his mind.

Diet Coke – usually. But I’ve given it up for Lent.

Remember I was telling you about that anaesthetic? I used be the kind of girl who couldn’t get out of bed without a mug of tea in her hand. Now that tastes metallic too....So it’s hot water with lemon. I also do a very brave smoothie with whatever’s in the fridge. The quality varies.

Both. There are times when we like to crash with a pizza. And when we have guests, they always want seaside fish and chips (probably because I can only cook six dishes). But we also love going out to eat, especially to fish restaurants.

I try to pretend I can walk on high heels but to be honest, they went out of the window when I had to start chasing runaway toddlers. Years later, I’m easing my feet back in. Sneakers win over flip flips though. I hate that rubber bit between the toes. Should be banned along with camping.

Don’t tell my husband who’s just bought me a pink Kindle. But I like to physically turn a page.

Paperback. Less heavy. However, I love a nice hardback on the book shelves. It’s more likely to last for the next generation. I still have all my children’s books.

Confession. I haven’t seen Breaking Bad. I caught a glimpse of Mad Men but I think I needed to be there at the beginning. However, I LOVE Downton. Love all that subtle Victorian and Edwardian intrigue. I’ve been lucky enough to meet Julian Fellowes and his wife and they’re charming.


Both, depending on my frame of mind. I adored Outnumbered. Someone must have been writing about us! But we’re currently addicted to The Good Wife.

The HG made me physically sick. I’m not that wowed by Twilight but I suppose it’s the best of the bunch.

Lipstick and lipgloss. I’m always buying myself a new dipstick as my daughter used to call them – and then coming home to find I’ve got that colour already.

Plot in so far as you think of the idea and characters plus their problems. Then fly on the magic carpet. 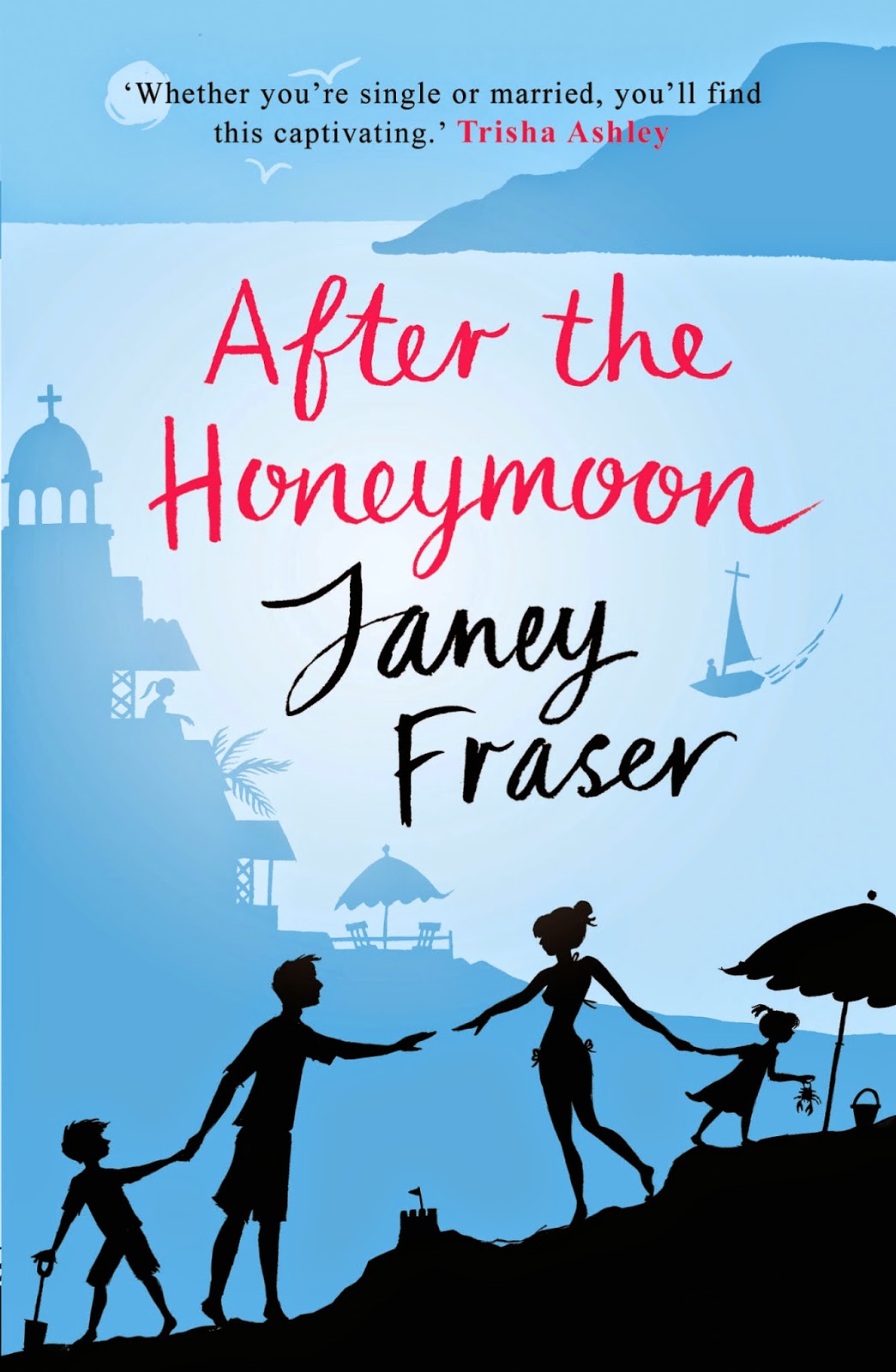 Two couples, one honeymoon destination, and enough secrets to end both marriages. Perfect for fans of Jill Mansell

How can one honeymoon cause so much trouble?

Much as Emma loves Tom, she would never have got married if he hadn't insisted. But with Tom sick for the whole week, shouldn't she at least take advantage of the entertainment?

Winston married Melissa after a three-month whirlwind romance. As a breakfast TV fitness star, he's anxious to keep things private. But the arrival of Melissa's two children soon puts paid to that.

Rosie arrived at the Villa Rosa homeless and pregnant when she was just seventeen. Now, sixteen years later, she runs the place. However, the appearance of Winston throws her into confusion. He might not remember her, but she has never forgotten him.

By the end of the week, none of their lives will be the same. But how will they cope after the honeymoon is over?