Getting Away With It by Julie Cohen 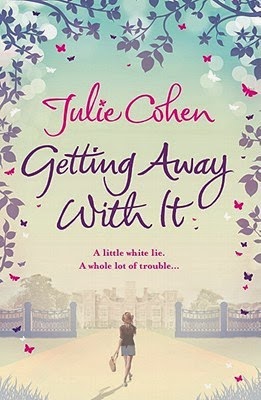 Liza Haven couldn't wait to escape the small village where she grew up with her perfect identical twin sister, Lee. Her life in LA as a stunt woman is reckless, fast and free - and that's just the way she likes it. But when a near-fatal mistake drives her home, she finds Lee gone and everyone in the village mistaking her for her twin sister.

I think perhaps I wasn't quite in the right mood for this novel. I found it rather long and was at times tempted to drop it. I kept going because I was convinced that others, who had enjoyed it, couldn't possibly be wrong! In the end, I did appreciate some aspects of Getting Away With It.

I liked the story of their mother and her plotting her own way to succumb to dementia. It was well written into the plot and seemed to show a natural and realistic progression. I also liked that Liza organized for some old friends to visit her mother which gave some humanity to Liza's personality.

Apart from those moments with her mother though, I found both Lee and Liza a bit one-dimensional. I had a very hard time believing that either of them would do the things they did in the novel. There was perhaps too much back story given about Liza and not enough about Lee so our opinions of each were skewed. Liza is presented as so selfish that it seems utterly unlikely she would do anything like hold the fort for her sister. Lee by contrast is given very little history but the bit we are given doesn't match the person we are presented with-to dessert her life completely is out of character for the bit we know. I wished that we had had more information about them growing up which could have created warmth between the girls.

I did enjoy the business of the specialty ice cream and I liked that Liza found herself in working there again. Despite the predictability of the romance I also quite liked this aspect of the novel because Will was lovely and he grounded Liza's personality a bit. The novel was a bit heavy in the beginning and yet I found it wrapped up too quickly in the end.  It unfortunately left me feeling indifferent, which is definitely a shame.