Please welcome Nicole Lane, author of Playing all the Angles as she tackles our Desert Island Interview! 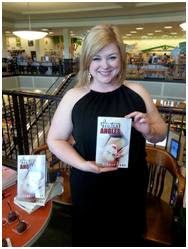 Nicole Lane is a graduate of the Danielle Steel and Judith Krantz school of romance. The grander the drama, the higher the stakes, the better! This balances out the fact that her everyday life with her little family in North Texas is extremely mundane and quite contented. She blogs intermittently at www.nicolelaneromance.com

If you could only have one book with you, what would it be?

What one luxury item would you want to be stranded with?

What is the one practical item you would want to have with you to use?

Would you enjoy the solitude, even briefly, or would it drive you crazy?

I'm an adapter by nature.  I'd talk to myself.

If you could be stranded with one other person, who would you want it to be?

I wouldn't wish being stranded on anyone, but if we've got my yacht and my working cell phone, I'll take my husband and we'll call it a vacation.

What modern technology would you miss the most?

What food or beverage would you miss the most?

How many days do you think you would cope without rescue?

Oh, I've read Island of the Blue Dolphins, so I think I'd do all right--maybe that's the book I should take.

What is the first thing you would do when rescued?

A selfie because I would be super skinny!

Playing all the Angles 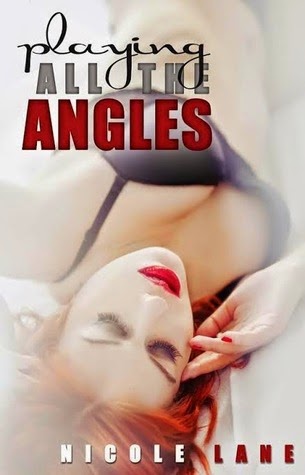 Dominic Phillips is an enjoyable distraction from fashion designer Eve D’Amico’s loneliness, but there’s never been anything more between them than hot sex. Since he desires no commitment from her either, it’s pretty much the perfect arrangement…except for the fact that he’s dating her sister Isabelle.Eve’s grown used to being the promiscuous black sheep of her family ever since an unplanned pregnancy at age fourteen, and Isabelle is the only one in the D’Amico clan who doesn’t treat her like a second class citizen. Eve doesn’t exactly revel in the idea of hurting her sister if the truth ever comes out.Just when she starts hitting it off with the sexy new neighbor next door, her world is turned upside-down when Dominic reveals his plans to marry Isabelle. As if things weren’t complicated enough, life decides to throw another surprise her way, and Eve is suddenly trapped with another secret to add to a much more shocking one from her past, both of which threaten to destroy every relationship she’s ever hoped to have. She must soon decide whether to reveal the truth and save her sister from a man who’s incapable of commitment, or to keep her lips sealed and secure her own place in the family. For now, though, she will dance around that decision for as long as she can, keeping everyone in check by Playing All the Angles.