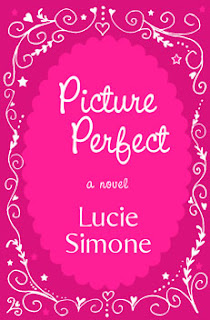 For Lauren Tate, a high-powered TV producer, sex, lies, and scandal make for a great movie-of-the-week, but when she becomes the target of a smear campaign, even the most salacious of Hollywood’s tales can’t compare to her real life drama. With her soon-to-be-ex-husband leading the effort to sully her reputation, and her former assistant threatening to snatch her hard-earned position at Timeless Television out of her hands, Lauren’s perfectly planned life quickly begins to unravel at the seams.

Clawing her way back to the top of the TV food chain is no easy task, especially in an industry where backstabbing is a sport and gossip is a fulltime business. But Lauren learns just how cutthroat showbiz can truly be when the hottest scandal in Tinsel Town turns deadly and the Hollywood hunk who’s stolen her heart is missing in action. Can she salvage her career, her reputation, and her love life? Or will Hollywood be the death of her?

I really enjoyed Picture Perfect. A novel about finding yourself, figuring out love, and discovering the career you want amidst chaos, Picture Perfect is an easy, enjoyable, and funny read that had me frequently snorting with laughter.

Lauren Tate is a likeable heroine, even though at times I wanted to shake her and actually wondered how she got to where she was. She is so concerned about the paparazzi at times, but then she does nothing to stop inappropriate things from flying out of her mouth at inopportune times which struck me as odd because Lauren is smart. A bit naïve, yes, but smart. Her situation is anything but normal though and she is able to laugh at herself, so I could forgive her a little easier, but it still niggled at me on a couple of occasions. These situations did, however, make for some very amusing situations that had me laughing out loud.

I didn’t find Picture Perfect at all predictable, which is probably what I loved most about the novel. There were also many twists and turns I wasn't expecting which kept me guessing until the very end, and although I had a hunch, I could never put my finger on who done it. I was also never entirely sure what would happen with Lauren's love life which is always a pleasant surprise. Unfortunately though, I wasn’t entirely convinced about her potential love interest and for some reason found found I couldn't completely believe it. I loved Jack - he was definitely swoon worthy - but there was something about the two of them that I couldn’t grasp. Maybe it was how resistant Lauren was? Or how quickly it all developed. Or maybe its just me and some personal experience on the awkwardness of dating someone ten years my junior getting in my way, but something about them didn’t strike me as entirely realistic.

I did find myself becoming a bit more nit picky in the second half of the novel, noticing things like repetition (which is always an issue for me when I typically read a novel in two to three days and rarely forget little details that others might need reminding about) and even some unnecessary dialogue that I felt the characters would already know. There were also a few other situations that I felt were a little bit of a stretch, but with a little suspension of disbelief and shoving my inner-editor off a cliff, I was still able to really enjoy this novel.

All in all, I found Picture Perfect to be a really fun read and I'm looking forward to see what Lucie Simone has in store for us next!

Thank you to CLP Blog Tours for our stop on Lucie Simone's blog tour! All opinions are our own.