Would You Rather with Kathleen Irene Paterka

Please welcome Kathleen Irene Paterka, author of The Other Wife. 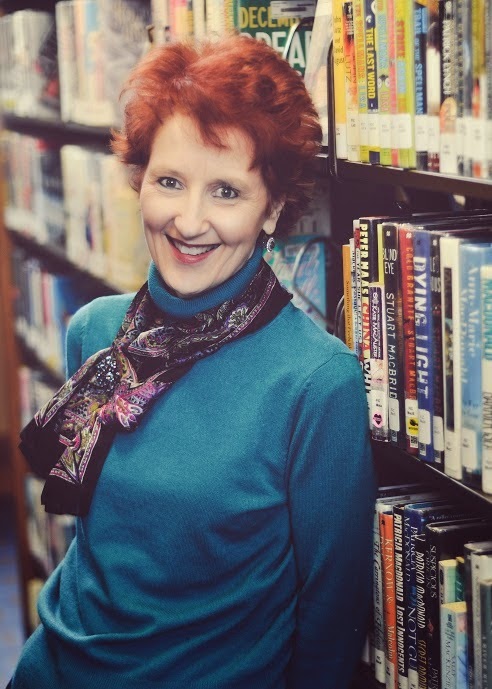 Kathleen Irene Paterka is an Amazon Bestselling Author of smart women’s fiction. Her newest novel, The Other Wife, was published in February to critical acclaim. Kathleen’s popular James Bay series, set in Northern Michigan, includes: Fatty Patty, Home Fires, Lotto Lucy, and For I Have Sinned. Love weddings? Pick up a copy of her novel Royal Secrets for a fascinating glimpse into the world of royalty, romance and brides. Kathleen is the resident staff writer for a world renowned castle listed on the National Historic Register, and co-author of the non-fiction book For the Love of a Castle. Kathleen and her husband live in the beautiful north country of Michigan's Lower Peninsula, where she is busy working on her next James Bay novel.

Would You Rather...
with Kathleen Irene Paterka

Cheese. I’m a former fatty and gave up sugar years ago (my novel FattyPatty is semi-autobiographical). And since chips are loaded with fat, they’re no good for me either.

Carrie Bradshaw… not because of the clothes, shoes, or the city (though I’m a big fan of NYC!). Rather, it’s the close personal relationships Carrie maintains with her three best friends, Charlotte, Samantha, and Miranda, that made the series a winner in my heart.

None of the above. I quit drinking years ago. I have an addictive personality. When I realized I was beginning to like the ‘buzz’ from a glass (or 2 or 3) of wine much too much, I decided to put the cork in the bottle forever.

I’ve never done either, but since I hate dirt, bugs and anything to do with nature, I suppose I’d pick Door #2 (the spa vacation). Then again, if that involves mud packs, count me out.

If by ‘water’ you mean ‘beach’, I’m in! I love lounging on the sand under a beach umbrella with a good book in hand.

Vampires. I’m a big fan of the Twilight series (‘Team Edward’, for those of you who might want to know). Author Stephenie Meyer did a brilliant job in her handling of the characters and their storylines. Edward was actually the ‘female’ lead (the tortured virginal character) while Bella’s character was the strong alpha male, taking charge and saving the family from utter destruction.

Cats. They’re selfish, vain creatures, but I love them anyway.

Coffee. Black. And don’t put anything fancy in it, either.

Dine out! I love restaurants, especially ones that offer soft music, great service, and delicious food.

None of the above. Since breaking my right heel and my left foot, I’m now reduced to wearing flats. I abhor sneakers (refuse to wear them under any circumstances), and flip flops hurt my toes. But does that mean I hate shoes? Au contraire! While some people relax by playing computer games, I surf the net on sites like 6pm.com, Zappos, and dsw.com.

Both! I’m a big fan of our town’s public library, which has plenty of hard cover books to enjoy. Then again, eBooks are great too. I especially love using my Kindle when I’m reading in bed. The backlit screen, plus one flick of a finger, and I’m on the next page.

It doesn’t matter. The most important factor will always be a great story that keeps my interest.

Pen (though I don’t like ballpoint ‘click’ pens). There’s something immensely satisfying about the feel of a hefty ink pen in hand. I’m also a fan of gel pens, and own a few fountain pens too

Downton Abbey (though to be honest, I’ve never watched an episode of the other two shows). The Dowager Countess is my favorite character on Downtown Abbey. The writers have given her such great lines and she delivers with such aplomb. One of my favorite Dowager quotes: “The problem with nature is there’s so much of it.” (see question #4 above)

Definitely drama. I love anything dealing with emotions, highly-charged scenes and situations, and how people deal with them.

Twilight (see the zombies or vampires question above).

I start my day with lipstick; but when without a mirror, I resort to cherry-flavored chapstick.

144 characters? Seriously? How does Twitter expect me to write a meaningful blurb in only 144 characters? Plus the feed moves too fast. And what’s with all these followers? Justin Bieber (with 62 million followers) actually follows 196,000 people himself? Do you think he actually reads every one of their tweets? Somehow I doubt it. I’m a Facebook fan myself. Facebook allows me to write what I want, when I want, and post when I want… and people see it (at least I hope they do).

I’ve seen those author storyboards some writers use. Nothing against them; they work for lots of authors. But if I was forced to plot my novel on sticky notes and post them on a storyboard, I’d never write a word. Why bother? For me, the story magic happens when I’m in front of my computer, allowing the characters to ‘show’ me their story. 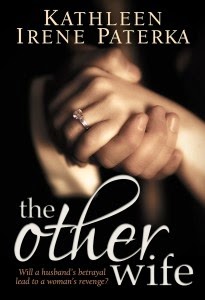 Till death do us part…

Eleanor Anderson has a beautiful home, a loving husband, a tranquil life. After thirty-eight years of marriage and her children now grown, she finally has time for herself. She’s not expecting any surprises; certainly not to wake up one morning and find her husband dead in bed beside her from a massive heart attack. It’s a devastating discovery… but not as much as the shock awaiting Eleanor when she learns the truth about her husband’s secret life. And then there’s the damaging document he signed before his death, which threatens to destroy her life.

Claire Anderson isn’t your average thirtysomething. A professor of psychology at a prestigious university, Claire has a successful career, a handsome husband, and two young children at home. But nothing in her background, including her academic accomplishments, prepares Claire for the horrendous reality of discovering that the life she’d led was all a lie… fostered by a husband who’d promised to love and cherish her forever.

Two women from two generations, bound together by denial, anger, and grief. How far will their misery and fear push them? Does compassion rule the day, or will a husband’s betrayal lead to a woman’s revenge?

What happens when each of these women comes face-to-face with the other wife?