Would you rather with Laura Barnard

Please welcome Laura Barnard, author of Excess Baggage, as she tackles our Would you rather interview 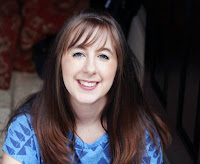 Laura Barnard lives in Hertfordshire, UK and writes romantic comedy or 'chick lit' as its so often described. In her spare time she enjoys drinking her body weight in tea, indulging in cupcakes the size of her face and drooling over hunks like Jamie Dornan, Ryan Gosling and Leo Dicaprio.

She enjoys wearing yoga pants and reading fitness magazines while sitting on the sofa eating chocolate. She's a real fan of the power nap and of course READING!


She writes not to get rich or famous, but because she LOVES writing. Even if one person tells her they enjoyed her book it makes the midnight typing worth it!

Would you rather....with Laura Barnard

Definitely chocolate!  I have a serious problem, I'm like a heroin addict.

Becky Bloomwood all the way!  I adored the shopaholic series and Sophie Kinsella is one of my all time favourite authors.

Vodka.  I like wine too, but it's loony juice for me.  One drink and I'm bladdered!

Spa vacation - I am not the type of girl to pee in a bucket.

Dogs.  I have a one year old flat coated retriever, Sadie who is my third dog.

Neither!  I'm not a mad fizzy drinks person and at most I'd suffer lemonade...when mixed with vodka.

Tea.  I drink SO much sometimes I get the caffeine shakes, but it keeps me going.

Takeaway.  Anytime I can eat at home in the comfort of my pyjamas with my hair scraped back and no make up on is a win.

Sneakers.  I fall down a lot.

Ebook purely because I don't have enough storage in my house.

Comedy.  Everyone likes a good drama, but I love a good laugh.

15. Plot your entire novel or fly by the seat of your pants?

Plot my entire novel.  It will always change, but I need a rough guide to begin with. 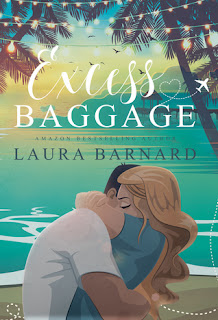 Stuck in a dead-end relationship, Erica Bennett finds herself daydreaming of her first holiday romance. She was fifteen, it was exciting, new and full of possibilities…and Jack Lawson was hot as hell. That kind of thing leaves a mark.

So when her friends suggest a girls holiday to Luna Island, it’s exactly what she needs to take her mind off things. What she doesn’t expect is to spot Jack – a much older, hotter version of him – across the hotel lobby.

Their attraction is still there and it isn’t long before sparks fly, but fifteen years is a long time. They aren’t the same people they were back then and besides, it’s only a week, right?

Is it a second chance at something real or will their excess baggage ruin their shot at love after they leave Luna Island?